Competition report with A1 race by Rick de Veer

Competition report with the A1 race by Rick de Veer who finished 1st in the competition of the last 3 cotobre on the Blue Ribbon Lake in Germany! 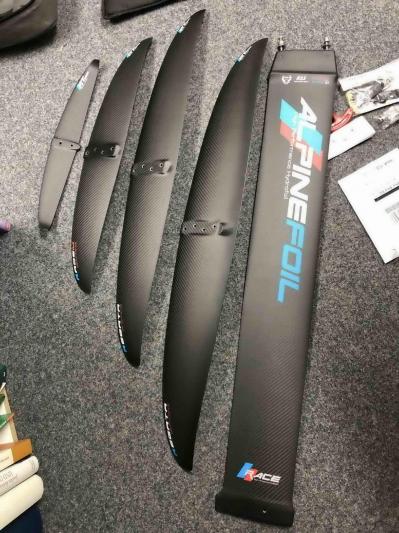 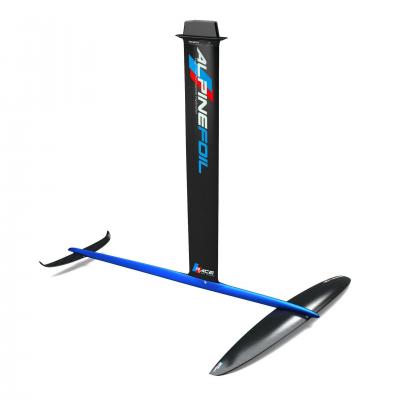 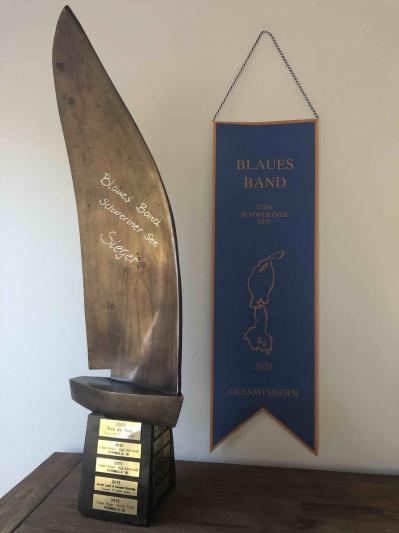 At the most important regatta of the year on Lake Schwerin, the prestige regatta for the Blue Ribbon, Rick de Veer wins the coveted trophy for the third time after 2009 and 2018. He is only the second person in the recent history of the Blue Ribbon to succeed in doing so. Only Tobias Rieger could achieve this so far on a Formula 18 Cat 2010, 2011 and 2013.

With wind from the east with 11 kn and gusts up to 22 kn (4 - 6 wind forces) Rick de Veer (Schweriner Seglerverein v. 1894 e.V) completed the approx. 22 km long circuit on the Schweriner Innensee in the official time of 1 hour and 2 minutes with a foil windsurf board, with an average speed of a good 19 km/h and a top speed of 39.2 km/h, closely followed by Lars Haverland (Schweriner Yacht Club). Lars Haverland, also on a foil board, the IQFoil, which was set for 2024 as the Olympic class, both delivered an exciting race, with a constantly changing lead, in which Rick de Veer only won the race from the Werderecke in the direction of Schloßbucht.

A total of 60 sailing boats, catamarans and windsurfers took part in the traditional regatta, which has been held on the "republic's birthday" since the early 1960s. At the regatta, everything that has sails races against each other, with the sole aim of becoming the fastest boat or board. There are class classifications in the individual boat classes from more than 3 participants per class. Helmsman Dirk Joost with his crew (also Schweriner Seglerverein v. 1894 e.V.) was, like last year, the fastest dinghy on his R-Kreuzer 1313. 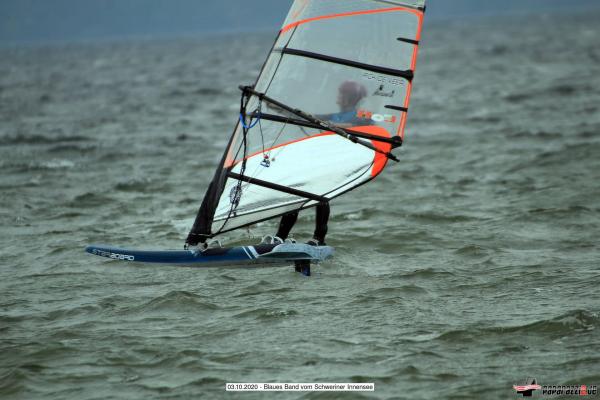 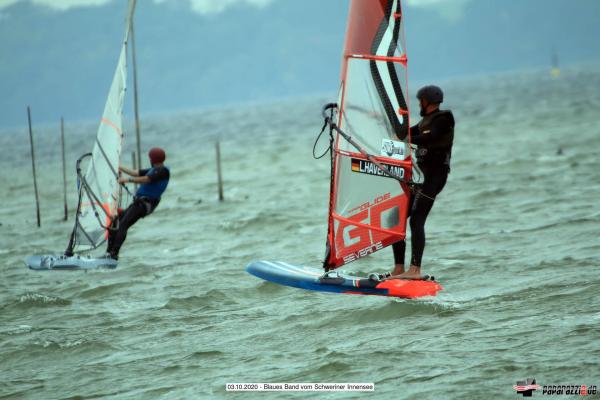 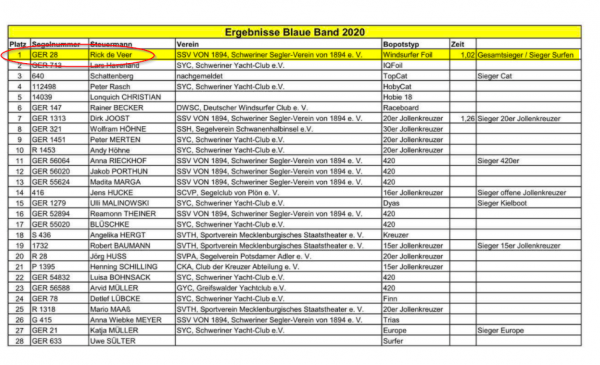 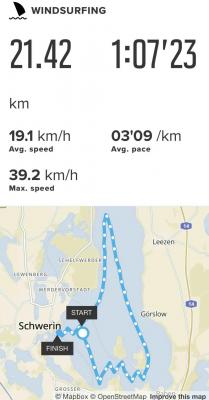