The RLW is an elegant wing that combines performance, pleasure, comfort and stability.

For this brand new project, Alpinefoil has imposed extremely strict specifications where no compromises have been made to the detriment of performance: 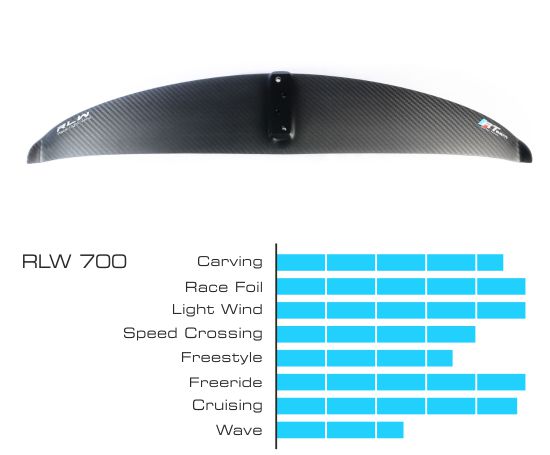 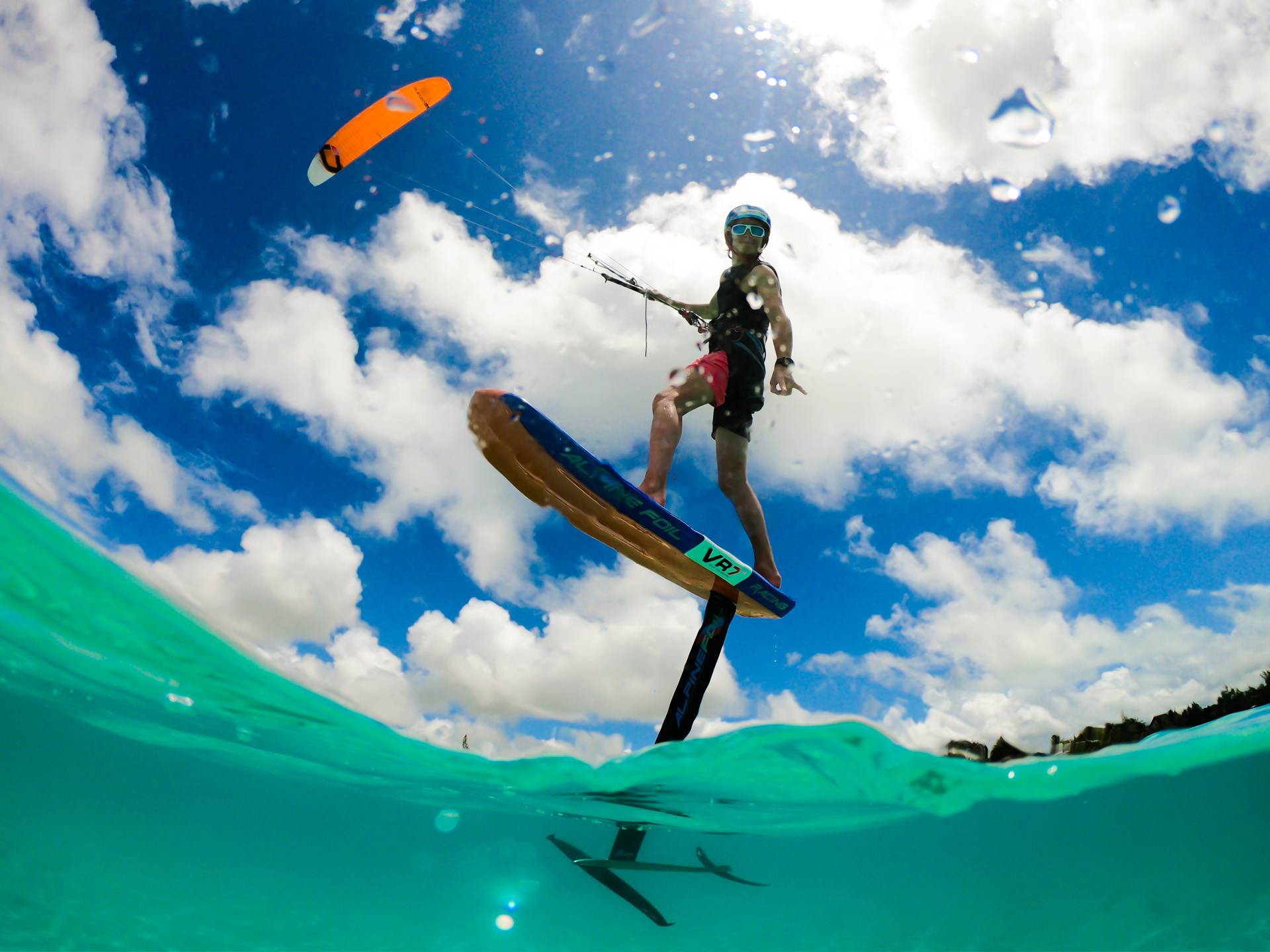 We've worked hard to make this RLW a very successful wing and we believe that in terms of comfort and ease of use, it remains the best in its class.

The new design of the RLW, inspired by the competition glider, is the result of long hours of research and development. Its ultra-thin profile and its projected aspect ratio of 8.3 resulted in a record of trail weakness, thus guaranteeing exceptional performance in windward and low-lying conditions.
Its glide performance shows a significant improvement over all other AlpineFoil wings.

The RLW returns all of the energy provided to it and only needs to move forward.

Its extreme finesse, rigidity and new arc are more than ever in keeping with our philosophy of true performance. The RLW provides unprecedented stability at high speed and ensures a sense of control over all phases of navigation.

This wing features new technologies that have not only undeniably improved the upwind and the low range but also the flight behavior. Its profile delivers a progressive lift that guarantees control over all phases of navigation. Its new generation of vault ensures homogeneity on all axes of flight without degrading performance. This results in filtered feedback and surprisingly comfortable behavior in muscular conditions.

We also paid special attention to the handling of the wing, focusing particularly on accuracy, despite its significant lengthening.

This RLW is also the first wing with 3rd generation sharklets. Performance gains were achieved thanks to a new profile, a larger rope and a more closed angle. This results in better lift, less vibration, more stability and reduced drag.

The RLW is an agile, intuitive and high-performance wing. 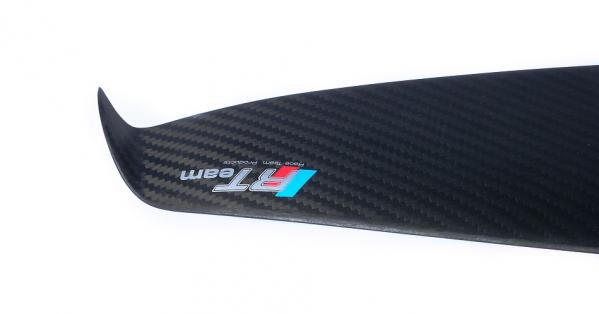 The RLW is a very complex wing, it was designed without compromise for performance. Maintaining rigidity on a wing so thin and of such size is a real technological challenge. To meet this challenge we have associated a sophisticated manufacturing in our workshop with the use of noble fibers with very high mechanical strength and low elongation.

The price determination takes into account the real costs of materials and manufacturing time to achieve a level of finish up to our expectations.